August through October are the most dangerous months of the year for the S&P 500 (SPY). The historical drawdowns create a well-known pattern of trading that Jim Cramer of CNBC has referenced several times for at least a month. While this year’s August failed to fulfill its destiny, September delivered on its promises with heavy … Read more 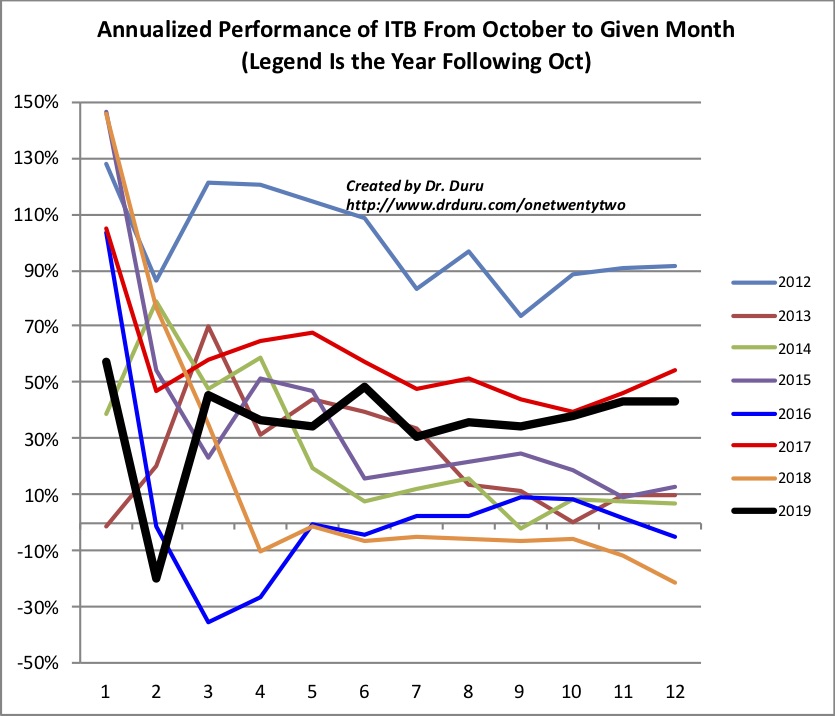 The ETF Performance The 2019 seasonal trade for home builders was a dramatic one that departed from the typical script. The iShares US Home Construction (ITB) suffered greatly in the late 2018 sell-off. The housing market softened as one of the most notable features of the sell-off in the stock market. Several home builders made … Read more

I have been harping on retail as a contrary investment and trade for the past month or so. A reader prompted me to consider whether a seasonal element helps explain the current run-up that has turned into a bona fide breakout for the SPDR S&P Retail ETF (XRT). Turns out the answer is “not really.” … Read more