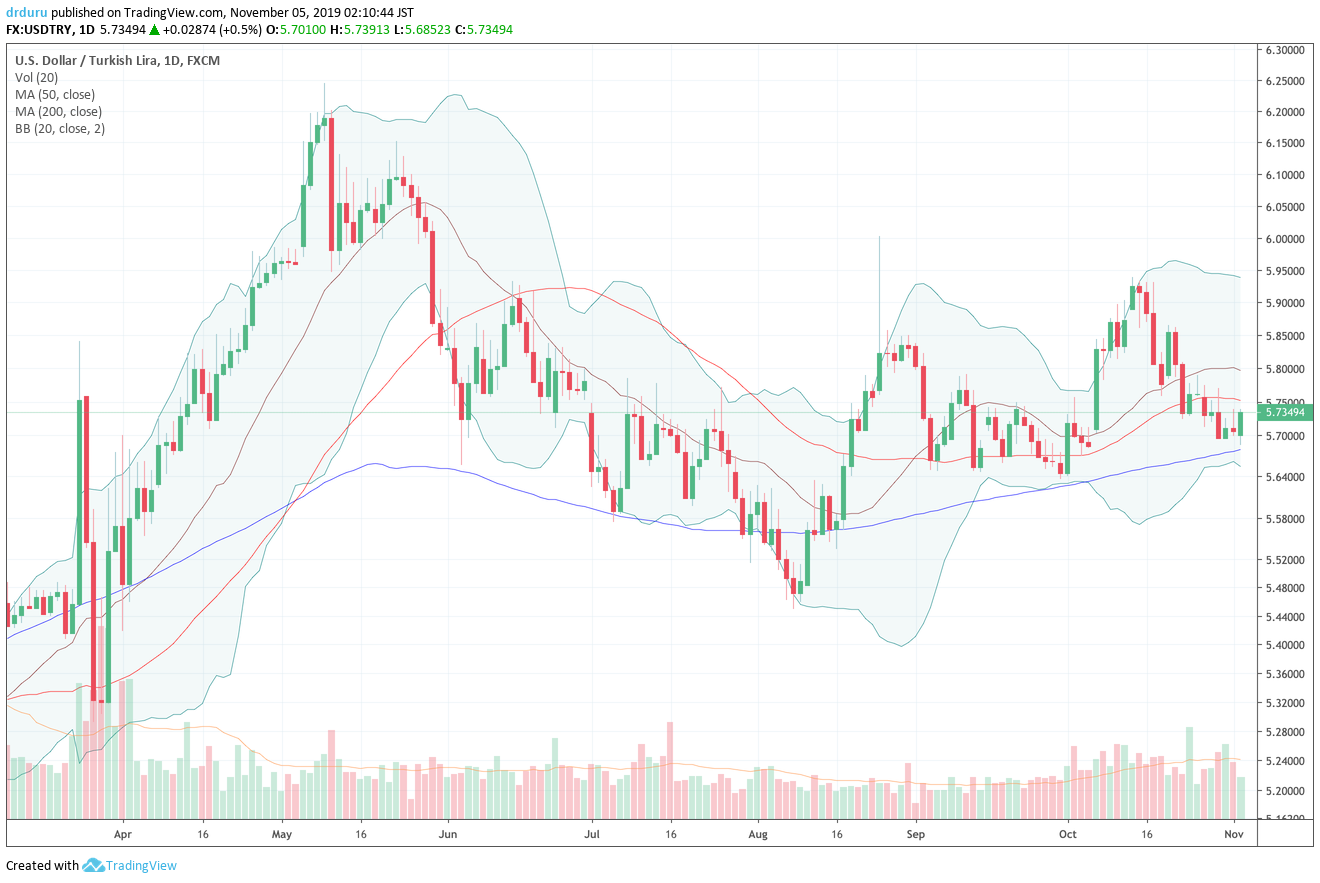 In late August, I wrote about a bad turn for the Turkish lira. Over two months later, the lira is around the same price levels in USD/TRY and EUR/TRY – two key pairs for the lira – but the path to this point has featured plenty of volatility. From a technical perspective, USD/TRY is testing … Read more 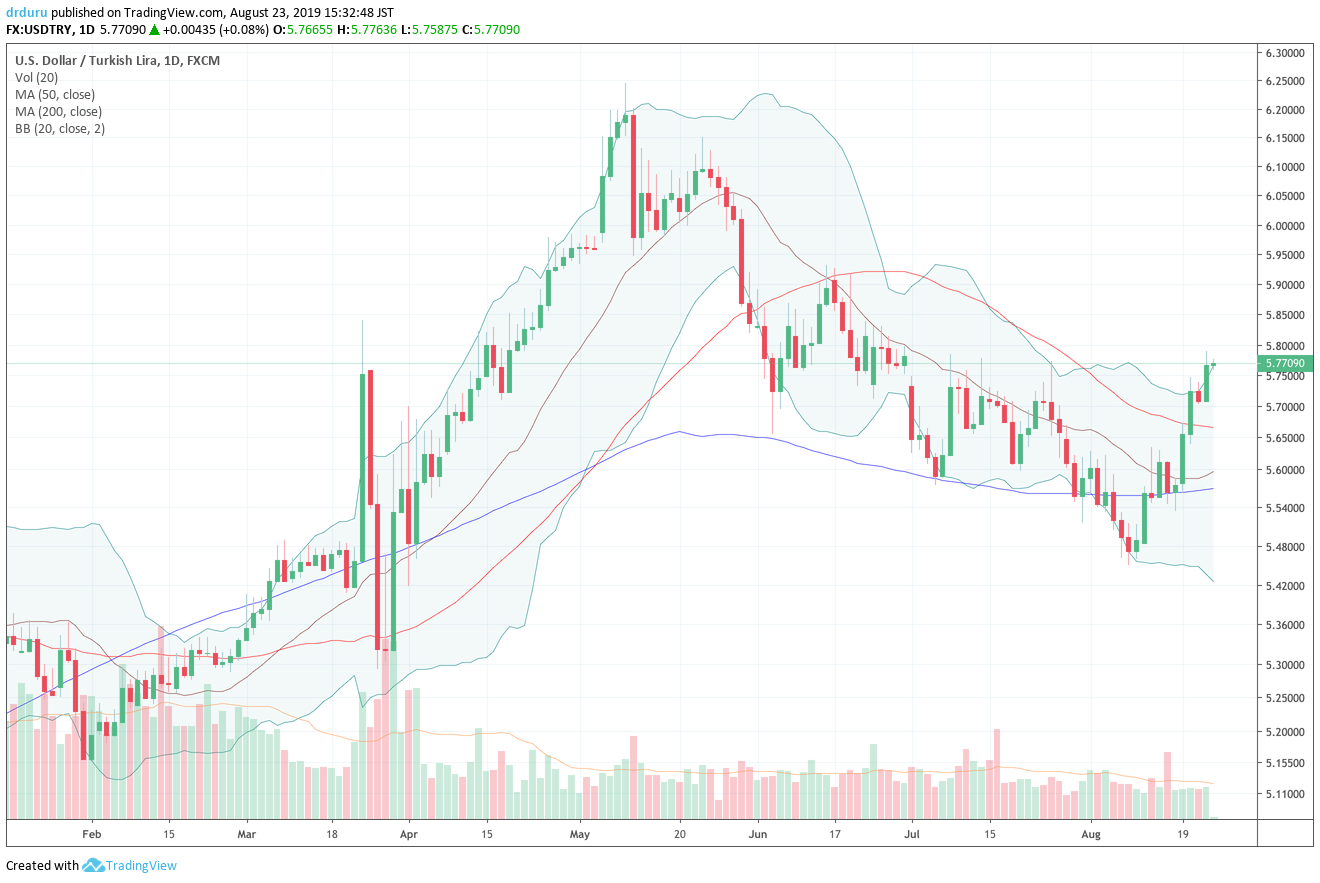 The honeymoon seems already over for the new governor of the Central Bank of the Republic of Turkey (CBRT). After the promotion of Murat Uysal to governor of the CBRT, I concluded the Turkish lira would weaken. That weakness lasted all of one day, and the lira proceeded to bounce around in a range. Next … Read more 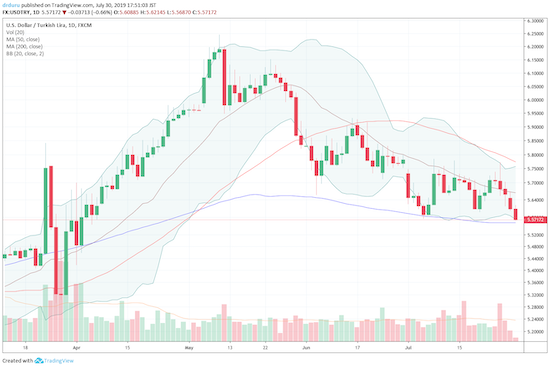 Perhaps President Recep Tayyip Erdogan was right all along? It seems rate cuts are exactly what Turkey needs. As global central banks pedal backward on monetary policy, the Central Bank of the Republic of Turkey (CBRT) stands out with its extremely high rates. The CBRT got here as part of a fight against persistent and … Read more

The week of trading in foreign exchange began with the shock announcement of a leadership change at the Central Bank of the Republic of Turkey (CBRT). Murat Uysal, the Deputy Governor since June 9, 2016, was promoted to Governor. Uysal replaced Murat Cetinkaya who had been Governor since April, 2016. Cetinkaya actively resisted calls from … Read more

On May 10th, the Turkish lira finally sprung back to life after USD/TRY hit a 7-month high. The move came right on the heels of another move by the Central Bank of the Republic of Turkey (CBRT) to adjust its reserve requirements in a way to support the currency: “Considering the latest developments in financial … Read more

The British pound (FXB) is not the only currency trading in well-defined chaos. The Turkish lira stumbled into the week in the wake of the political uncertainty and forex chaos caused by the cancellation of the results of Istanbul’s recent municipal elections. USD/TRY soared at one point about 3%. The renewed political uncertainty reportedly comes … Read more

The problem with pattern-matching in financial markets is that “THIS TIME” could be different. Difference is exactly what happened with my latest trading plan for the Turkish lira (USD/TRY). The well-constructed plans I described a few days ago quickly hit a brick wall, forcing me to pull the cord and adjust those plans. The Central … Read more

In 2018, the Turkish lira experienced significant selling pressure. At one point in August, the currency went parabolic. USD/TRY gained as much as 34% in just three trading days from August 8th to the 12th. On August 13, 2018, the Central Bank of the Republic of Turkey (CBRT) responded with a laundry list of measures … Read more

The tides are once again turning against the Turkish lira. For a week, USD/TRY battled with resistance at its 200-day moving average (DMA). Over the last two trading days, the currency pair finally made new closing highs on the 200DMA breakout. USD/TRY faded after testing the highs from the last 200DMA breakout in July. USD/TRY … Read more