The price of cocoa has been in near freefall again. The picture-perfect bounce for iPath Bloomberg Cocoa SubTR ETN (NIB) from its support at 200-day moving average (DMA) reversed into a recent 200DMA breakdown and a convincing breakdown below the June low.

As usual, a flurry of news exists that helps explain at least some of the pricing action. The most important technical move happened on July 16th featuring a massive bearish engulfing pattern that confirmed 50DMA resistance with extremely high trading volume. On that day, Reuters reported news of good weather for the coming main cocoa crop:

“Abundant rainfall in most of Ivory Coast’s cocoa regions last week is helping flowers develop into small pods and bodes well for the October-to-March main crop, farmers said on Monday.

Farmers, who have been helped by strong rains in recent weeks, said many flowers were turning into small pods. A mix of regular showers and sunshine would boost the crop, they said.”

This news confirmed reports a week prior of good flowering. Again from Reuters (through NASDAQ, July 9th):

‘If it rains well through August we think trees will fill with pods over the next three months,’ said N’Zue.

‘The trees have a higher number of flowers than last week, but we still need more rain for the next season to be abundant,’ said Lazare Ake, who farms near Soubre.”

Those “ifs” are standard issue for agriculture since distant weather forecasts never come with guarantees. Still, traders must make their bets and clearly they are betting on sustained favorable conditions for abundant production. When NIB broke down below 200DMA support on July 19th, the headlines supported the weather thesis with, at the time, hopeful technicals:

“‘There’s been good weather in Africa, and there’s a big crop coming, so the market is just pricing in that idea’…Charts were increasingly bearish after falling nearly 8 percent this week so far, though the double bottom of $2,320 reached in June provided technical support.”

The weather narrative is so strong that traders have sold cocoa straight through otherwise negative headlines.

On July 20th, previously poor weather threatened to deliver a smaller than expected mid-crop production out of the Ivory Coast. From Reuters (through NASDAQ):

“Ivory Coast’s 2017/18 cocoa mid-crop is expected to fall by about a quarter from last season to 400,000 tonnes, owing to drier weather, exporters, buyers and farmers said on Friday.

Growers and buyers said a drought from December 2017 to April 2018 was the main reason for the decline.”

Traders could overlook this news because the same article provided reassurance about the coming 2018/2019 main crop:

“Dider Konan, a farmer with four hectares in Issia, said rains had since caught up, so the next main crop in the 2018/19 season would be strong.”

Below average rainfall reported that week apparently did not raise alarms because of the soil’s high moisture content. This narrative was reinforced a week later on July 30th.

The reassurances for the coming main crop meant that more bad news about Ivory Coast’s mid-crop was essentially overlooked. Traders are always looking more ahead than behind. On July 27th, Reuters reported that poor quality beans in Ivory Coast’s mid-crop reduced buyer interest to the tune of a 25 year-over-year reduction.

“The [purchase] cutbacks have been reflected in cocoa arrival figures at the Abidjan and San Pedro ports, which slipped to 15,000 tonnes last week from 24,000 tonnes during the same week last year and are expected to fall by a similar amount this week.”

Since I am a perma-bull on cocoa, I hunt for buying opportunities in NIB. I do not short cocoa. My bet on 2000DMA support in June paid off after I took profits on the first run toward 50DMA resistance. I decided to swing again on the return to 200DMA support. With the sell-off accelerating, I am eyeing the December low as the point for doubling down.

As I look far ahead, I see all sorts of potential for hiccups that could send prices hurtling upward again. The Ivory Coast will soon embark on a program to recover some of the major losses to its forests. About 500,000 tonnes of cocoa per season are produced in the targeted areas. The farmers there will get relocation benefits and support for increasing yield on smaller plots. I am guessing the program will have significant bumps as farmers deal with unfamiliar grounds with yield techniques that were not applied before. On the other hand, if yields do improve significantly, other farmers should clamor for similar benefits leading to a bumper crop somewhere down the line.

The Ivory Coast is also struggling with swollen shoot disease which kills cocoa trees. From Reuters:

“Swollen shoot appeared in central Ivory Coast in 2006 and 2007 in the regions of Bouafle, Sinfra and Oumé. According to the authorities, more than 70 percent of plantations in the region were infected causing production on those plantations to decrease by about 60 percent between 2009 and 2017.”

The Ivory Coast was able to make up production in other areas but the forest recovery program may constrain this ability in the future. Earlier this year, the Ivory Coast announced a 5-year program to cut down 1,000 hectares of infected tress and then quarantine the infected areas. The government claims that the program will not impact cocoa production.

Over in Ghana, authorities recently started a 4-year program to cut down and replace over 1,000 hectare of trees to control the spread of the insect-born viral infection. The program has an extra level of urgency given COCOBOD research showing infection susceptibility in most cocoa-growing regions in Ghana.

In other words, there are a lot of moving parts to keep cocoa production healthy. When the market starts pricing in an assumption that everything will go well, I want to buy into the discounted risk premium. 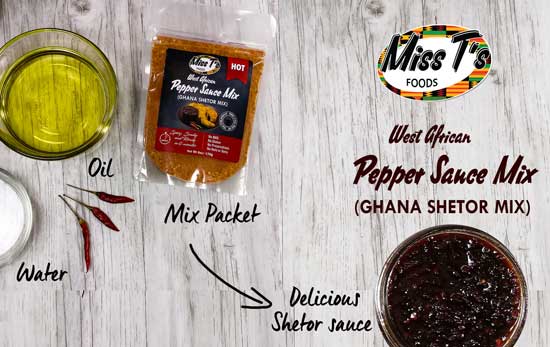