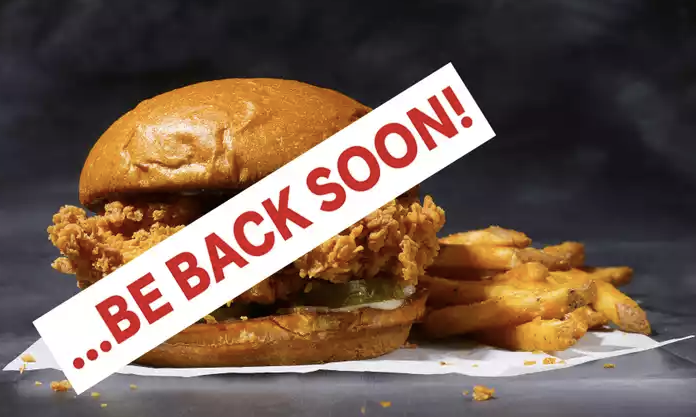 And so it began.

The Great Chicken Sandwich War of 2019 took Twitter (TWTR) by storm as the frenzy created by Popeye’s Chicken and its (re)release of a chicken sandwich lured Chik-Fil-A into direct social media competition. While the social flames and games raged on Twitter about where and how to spend money on chicken sandwiches, an investment thesis was notably absent from the debate.

Restaurant Brands International (QSR) owns Popeyes Chicken after buying the chicken chain in February, 2017. At the time, the chain was a publicly traded company under the name Popeyes Louisiana Kitchen (PLKI). The purchase sent the shares of both companies soaring. I was able to close out a profitable trade on the rumors that preceded the deal. Restaurant Brands International, which also owns Burger King and Tim Horton’s, paid a hefty premium for Popeyes, and the company’s stock flopped around between $50 per share and $68 per share for two years. QSR finally broke out for good in June and currently still trades at an all-time high. (The Popeyes story on the chain’s website surprisingly ends at 2015 at the time of writing.)

Chik-Fil-A is not a publicly traded company, so is investing in QSR a good deal? Is the stock worth the 20 chicken sandwiches it costs for each share? The choppy trading history of QSR suggests that patience is warranted and buying on a dip is best. The valuation story also calls out for patience.

According to Yahoo Finance, QSR has a very high valuation: 35.0 trailing price/earnings, 3.7 price/sales, and 10.8 price/book. These metrics approximately mean that the stock market thinks QSR is worth $35 per $1 of earnings, $3.70 per each $1 of sales, and a whopping $10.80 per $1 of book value (think the value of all the assets QSR owns). These are high numbers although they look “decent” compared to McDonald’s, for example. Still, there is a lot of skepticism about QSR’s valuation. Bears, an affectionate term for traders who bet on the decline in value of a stock, are swarming all over QSR with 12.9% of the float sold short. (The float is all the shares available to trade in the stock market).

Restaurant Brands International last reported earnings for its second quarter on August 2nd, well ahead of the official launch of the chicken sandwich marketing campaign. Investors should carefully review the next earnings report (tentatively scheduled for October 24, 2019). for evidence that the frenzy caused by the chicken sandwich campaign caused a material impact on financial results, especially since Popeyes results for the second quarter were just lukewarm.

Popeyes was 12% of Restaurant Brands International’s system-wide sales in the second quarter (Q2) which exactly matches its total share of restaurants. Yet Popeyes is only 7.1% of total adjusted EBITDA (earnings before interest, tax, depreciation, and amortization). Popeyes year-over-year sales growth slowed from 10.7% in Q2 2018 to 7.9% in Q2 2019. Restaurant growth also slowed, going from 7.5% to 6.1%. The one saving grace is that Popeyes was at least flat in same-store sales (comparable sales) growth: 2.9% in last year’s Q2 and 3.0% in this year’s Q2. Adjusted EBITDA was also flattish increasing slightly from $40M to $41M (+2.5%). Compare these numbers to year-over-year overall growth numbers for Restaurant Brands International: 4.2% in total revenues and 3.2% in EBITDA. The company also grew adjusted diluted earnings per share by 7.6%. In other words, Popeyes is not quite carrying its weight for Restaurant Brands International.

Here are some highlights of the commentary on Popeyes from Restaurant Brands during the conference call for discussing the earnings results (from the Seeking Alpha transcript):

So overall, I am not eager to buy shares in QSR. However, I do want to buy into the next dips…assuming they come. I like buying QSR starting around $75 as that price is close to where the company issued more shares in what is called a “secondary” offering.

The hype in social media over the Popeyes Chicken Sandwich was intense. The frenzy was masterfully cultivated by Popeyes with select and targeted tweets. Here is a tweet from someone with conviction…

But then the chicken sandwiches ran out. Surely Popeyes planned the shortage and planned to use the scarcity to amplify the hype even further.

Chick-fil-A jumped on the shortage. Popeyes for now can only respond by digging at the company’s Sunday closure

The Wendy’s Company (WEN) could not resist jumping into the social media fray. Popeyes quickly pounced on the naked display of opportunism.

However, Wendy’s, which trades in the stock market under the ticker symbol WEN, may be the better way to invest in chicken sandwiches for now. Like QSR, WEN recently broke out to new all-time highs.

Wendy’s (WEN) has a cheaper valuation than QSR and the bears are not nearly as interested in betting against the stock. So all things considered I like chewing on some WEN between the current price and $20 or so while I wait for QSR to present a better buying opportunity.