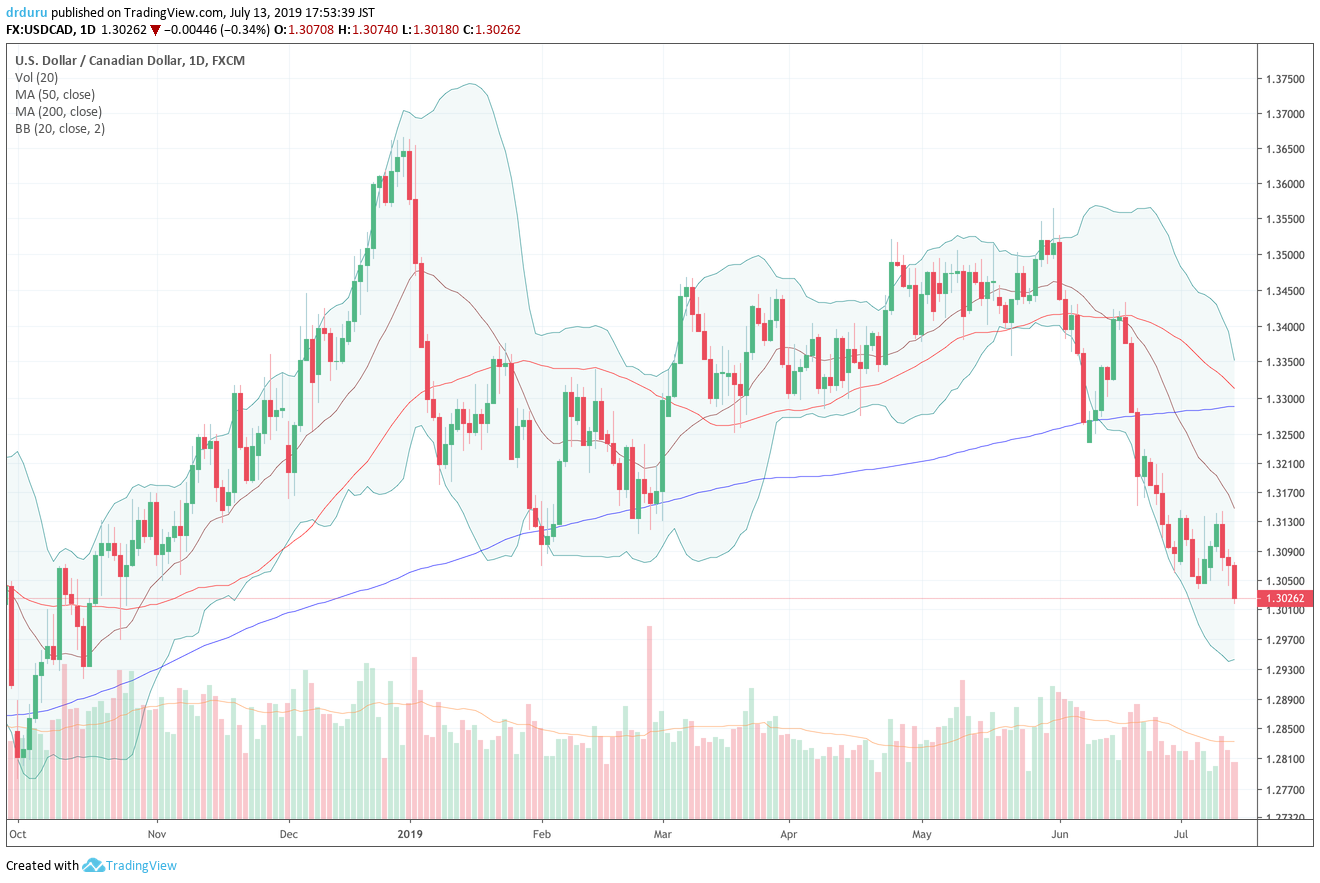 “It would be a difficult place for policy, and my sense is that the markets are not really onto the complexity of it. It seems a little too easy that ‘Oh. Interest rates could decline and that will make everything OK.’ That may be true for the small kind of shocks that we’ve had so far. But I think it would not hold in a more complex scenario where there’s an escalation…

To create the downside in yields, it must be a pretty significant scenario to global growth. Therefore, I think it would be pretty significant for stock markets. So I am just saying the two markets may look like they’ve kind of figured it out, but I think the complexity is not really revealed in that response you’ve seen in the markets so far. And that might be legitimate because as I’ve said, there’s still an upside scenario lurking around, right? “

The above commentary came toward the end of press conference for the Bank of Canada’s latest Monetary Policy Report. Poloz answered two separate questions aimed at understanding the Bank’s assessment of the inability of monetary policy to handle the downside scenario of an escalating trade war and the implications for financial markets. The “two markets” are the bond and stock markets. Poloz pointed to a disconnect between a bond market that fears future growth prospects enough to take yields very low, and a stock market that seems to fear little. The bond market is trying to price in the worst case scenario whereas the stock market is focused on the best case scenario.

The audience may have lost the importance of Poloz’s warning after Poloz flipped to the upside potential using the classic retort of cautious economists: “on the other hand.” The downside risks appear very clearly in the Monetary Policy Report where the Bank of Canada provided its projections of the impact of the U.S. trade wars on Canada’s GDP. The worst case scenario has world GDP dropping by 3% and Canadian GDP by 6% by the fourth quarter of 2021. The best case scenario delivers 1% upside for world GDP and 2% for Canada. Risks are significantly skewed to the downside.

The worst case scenario is very stark given extreme shifts toward protectionism:

“…the United States increases tariffs on all imports to 25 percent, and trading partners respond by increasing tariffs on US imports to the same level. For most countries, this represents a sizable increase relative to existing tariffs Moreover, higher tariffs are also assumed to trigger an increase in uncertainty about future trade policy.

Canada would experience a double-whammy of downside because of its dependence on exports – especially with the U.S. – and the large share of the economy occupied by commodities used by large exporters like China. This calamity would include a currency adjustment to the tune of a 25% loss in value for the Canadian dollar. This assessment was a serious wake-up call for my recent move to use the Canadian dollar (FXC) as a relatively stable way to bet on the on-going weakness in the U.S. dollar. This trade is looking good so far with USD/CAD closing the week at a 9-month low.

This kind of strength in the Canadian dollar looks meaningful, but it is important to remember that USD/CAD has been a LOT weaker (Canadian dollar stronger) since the financial crisis. Moreover, USD/CAD has traded in a kind of range over the last 3 1/2 years (depending on the measure) and sits near the top of this range.

So the Canadian dollar has a lot of room for more strength inside the dynamics of an improving economy. This context is important for understanding why the Bank of Canada was comfortable keeping interest rates steady and avoiding the dovish retreat of other major central banks. The Canadian economy already went through a “rough patch” and is now returning to “potential growth.” The U.S. is cooling from a period of unnaturally high growth. Senior Deputy Governor Carolyn A. Wilkins addressed this convergence in her opening statement:

“The fact that Canada is picking up while the US economy is slowing sounds like a divergence. In fact, it’s a process of convergence. This is because the two countries are at different points in the economic cycle. The United States is slowing to a more sustainable pace, while Canada is moving back up to its trend growth. Activity here at home is being supported by a policy rate that’s lower than  south of the border. By the second half of this year, growth should be similar in both economies as they converge on their respective potential level of activity.”

This convergence supports the case for staying short USD/CAD. As long as financial markets continue to believe in the best case scenario around trade wars and the response options for monetary policy. I will stay short USD/CAD until/unless I perceive a change in the market’s current complacency and/or the dynamics of Canada/U.S. convergence.