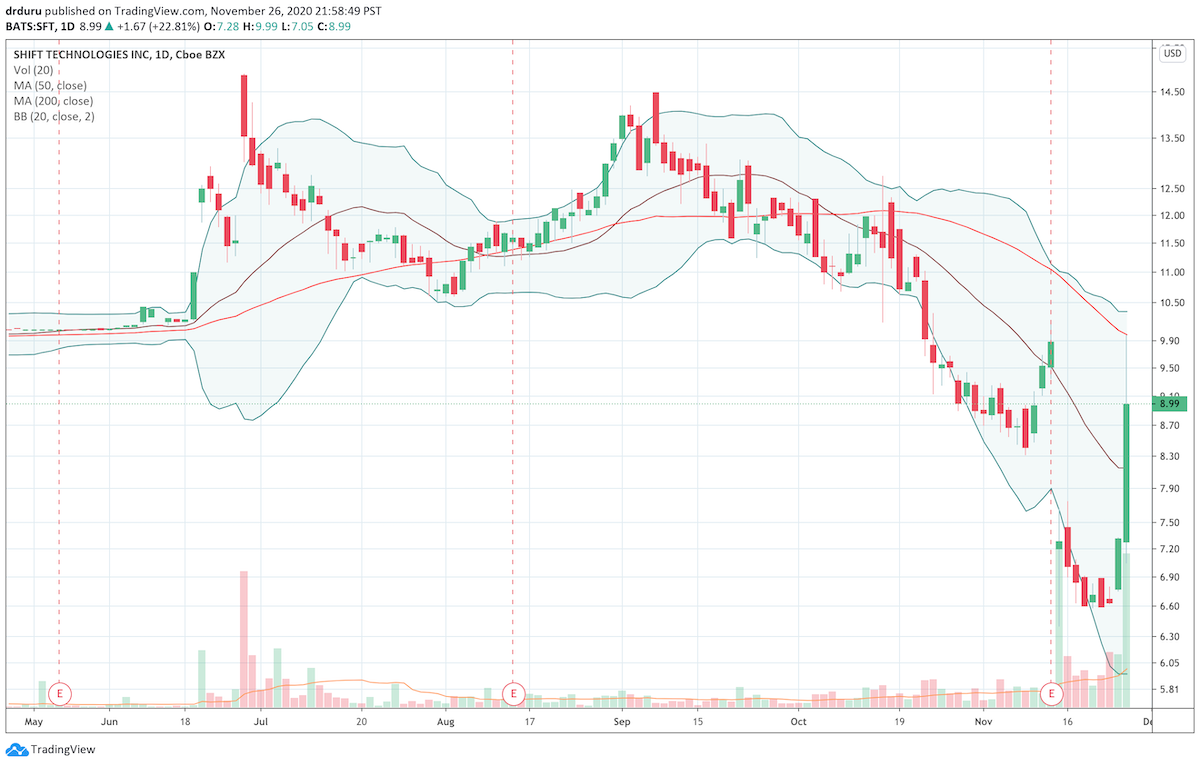 After a relative experienced a positive process in buying a used car from Shift Technologies (SFT) several years ago, I kept an eye out for the opportunity to invest in the company. That opportunity came this year with an acquisition by Insurance Acquisition Corp in the form of a SPAC (Special Purpose Acquisition Company). I bought some stock shortly after the SPAC and right before SFT broke down below important support in October . I accumulated more shares ahead of the small run-up into earnings. The stock market crushed SFT in the wake of those earnings. However, I am a bit relieved as insider buying drives the stock off fresh all-time lows.

While the company did not announce the amount of the insider buys (no SEC filing exists at the time of writing), the breadth of participation delivers a strong buying signal. Indeed, Shift Technologies went on to declare…

The stock is now a clear buy-on-the-dips. Insider buying drives stock momentum. As a result, I plan to accumulate more shares, more aggressively.

A Seeking Alpha article published a month ago titled “Pick Shift Over Carvana And Vroom” gives a good primer on the company’s background, operations, and the investing thesis. The valuation comparison really caught my attention: “Despite estimates for over 100% growth over the next few years, Shift is valued at a measly 1.3x 2021E revenues, or around $500mil.” Competitors Carvana (CVNA) and Vroom (VRM) sold at 4.6 and 2.4 multiples at the time. Yahoo Finance now reports SFT at an enterprise value of $877.4M which boosts the presumed multiple to 2.2.

The first earnings report as a publicly-traded company is even more interesting. I did not read or hear anything that tells me to throw the stock overboard like the stock market did. Here are some key highlights for the second quarter:

The detailed shareholder letter provided the financial outlook. Here are some key highlights:

Perhaps the drop in GPU guidance is what spooked the stock market. If so, this bout of market inefficiency carved out a fantastic buying opportunity. (CEO Toby Russell spoke to Yahoo Finance about the large upside opportunity for on-line sales of used cars).