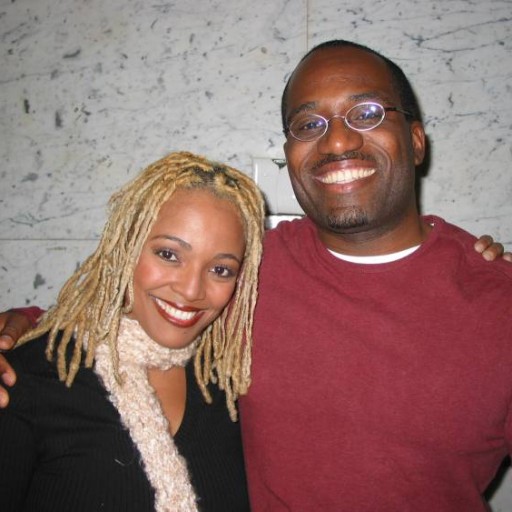 OK, I admit it. I had a crush on Kim Fields when she appeared on the Facts of Life from 1979-1988 as “Tootie.” I loved the show not only for Kim, but also because I was the same age as all the kids and could identify somewhat. I grew up with this show, and Kim, for all nine years that it aired. My childhood infatuation has matured into a genuine appreciation for Kim’s professional accomplishments and her stature as a top quality actress, producer, director, writer and all-around entertainment personality.

I am sure we all missed her when she went into hiatus to pursue a degree from Pepperdine University and were much pleased when she exploded back on the scene as “Regine Hunter” on “Living Single.” The season premiere for “Living Single” was at 8pm, Thursday, Sept 14, 1997. After the show ended, I had full confidence that Kim’s talents in acting and directing will continue to take her far. Few entertainers have the lasting power to go from child actor/actress to adult star.

I met Kim for the first time in 2003 after attending her play Pandora’s Trunk. Much to my surprise, she somehow picked me in the middle of the play for some “audience participation.” After the play, I had a chance to talk with her, and, much to my surprise, she actually knew about my fan site! I was blown away. At the end of our conversation, I escorted her to her car. It was one of the most thrilling (and too short) walks I have ever taken. Too bad I forgot to ask for her phone number! LOL.

But seriously, over the years, I have thoroughly enjoyed my interactions with Kim, and I maintain this site as a labor of love and admiration for her storied career and boundless personality. I was SO honored to have her “promote” my site from an unofficial to an official fan page/site during an interview I conducted with her in 2011. As far as I know, this destination remains the only fan site dedicated to Kim Fields, and it will certainly always be the longest lasting. I created my first Kim Fields fan site back in 1997 on the servers at Stanford University where I was in graduate school. The world wide web was in its infancy and everyone was creating “home pages.” I did not think I had enough material to create a home page of myself, so I did one for my favorite actress of all time! The last incarnation of this site is archived at https://www.drduru.com/Kim/Kim.html. This site will redirect back to this updated version until the search engines get trained to point here first.

If you have any questions, please contact me via email. If you are trying to reach Kim directly, please try her twitter feed and/or her Facebook fan page. I also have a fan page on Facebook where I have hoped to generate conversations. My focus now turns this updated site to get a more lively fan community going.

(One quick side note on the site: I realize that the historical archives include several old links that no longer work. I am keeping them on purpose as part of the archive of what used to exist. I realize that my page rank on search engines may suffer as a result, but I am more interested in keeping those memories and old references. However, where I find updated links and references, I will use them!)

Kim’s License Plate?!
I have had a few random run-ins with Kim’s sphere of influence and several planned ones. This potential encounter was extremely random. I was in Los Angeles in 1994 visiting one of my best friends. We were walking through the garage of his apartment complex, and, lo and behold, there was a car with a license plate featuring Kim’s name! I never got confirmation whether this was her car: my friend did not even know whether Kim lived there or visited there. Regardless, I got a kick out of taking a picture with the plate.